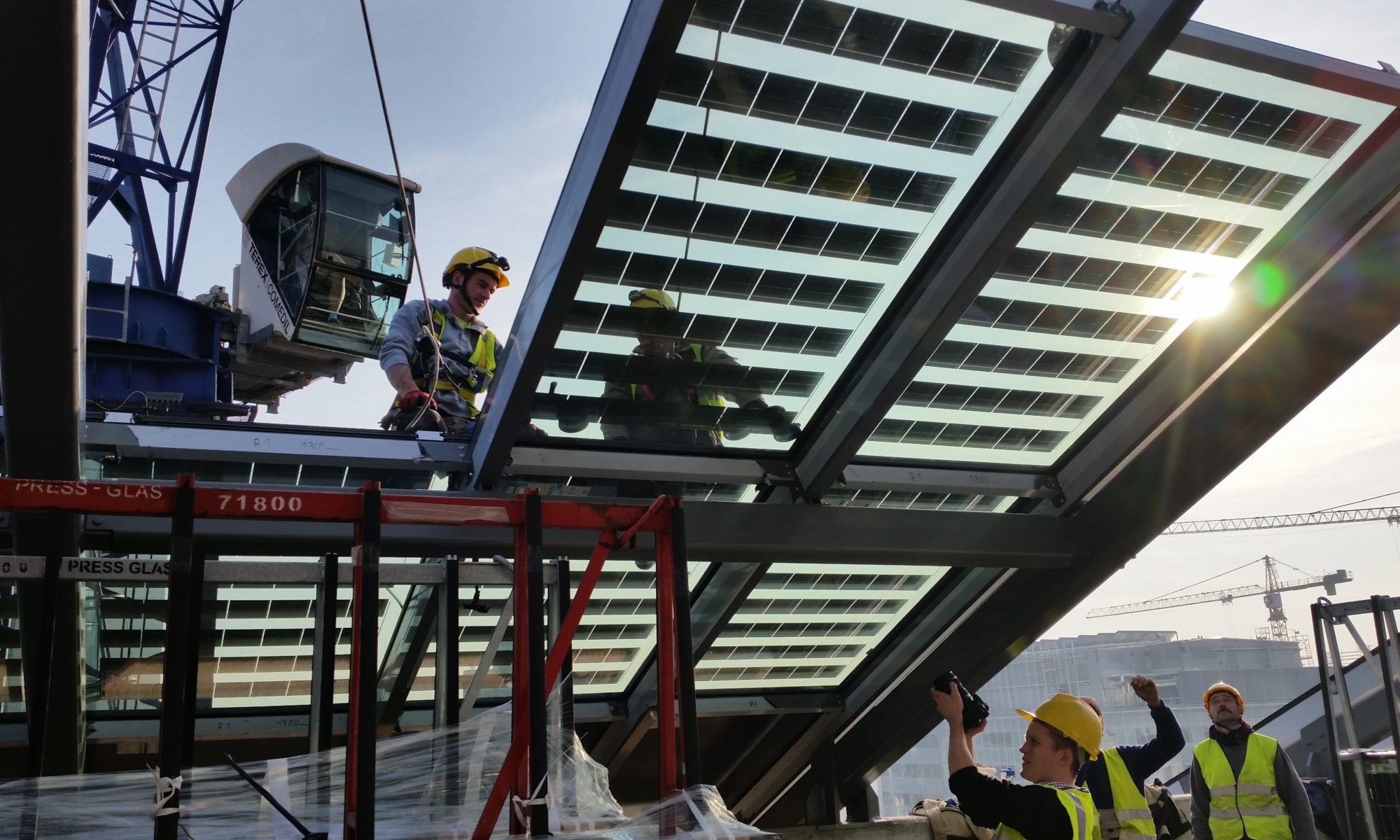 We have built 15 solar farms with a capacity of 0.8 to 1 MW each in the northern part of Mazovia. The investment has been completed by us comprehensively, starting from planning process throughout building and launching the farm along with obtaining all necessary permits. Today we also provide operation and maintenance service for existing farms.

The same investor entrusted us with two further power plants in the vicinity of Lublin with a capacity of up to 1 MW each. The solar farms  were completed within 5 weeks.

We also built another 5 power plants in the pomeranian and warmian-masurian voivodeships, where hilly terrain,impermeable clay soil were  challenging.

We have built the first photovoltaic laboratory in Poland – for PGE Renewable Energy, on the premises of Przedsiębiorstwo Wodociągów i Kanalizacji in Siedlce. The purpose of the investment is to compare the “productivity” of various PV technologies.

The farm  consists of 24 “tables” which will contain various PV modules, and the whole is divided into 8 groups with different technological properties. You can study, among others optimal angle of the panels relative to the sun, compare battery sets, microinverters and optimizers. The purpose of the “lab’ is comparison of various sets of devices and various technologies. The polycrystalline, monocrystalline and thin-film panelsare installed there. Four of the tables react to the sun’s rays. The laboratory has been equipped with following systems: monitoring, data collection, work analysis as well as reporting and work control. The lab’s power will be 100 kW, and the working time about 1000h.

We take on challenges, such as construction of a highest located solar farm  in Poland – on Mount Żary, which is based on rocky ground.

We have also built the first PV farm in Poland, which peak power exceeds 1 MW. It is a facility that was built in 2014 in the Zielawa Valley, with a capacity of 1.4 MWp. The investment is an activity of five communes from the lubelskie voivodship that use a photovoltaic farm to ensure local energy security. The farm guarantees additional income for the owners and promotes ecological image of the local government.

We installed solar panels on the roofs of Lidl Polska logistics center buildings in Kałuszyn near Warsaw and in Stargard, in the province of West Pomeranian. These are Lidl’s large warehouses for food and industrial goods -each of them has the size of several football fields. The panels were installed partly on  the roof, on concrete subbranches and directly on the roof membrane. The installation supplies the logistic center with power.

On the roof of one of the tallest buildings in Warsaw Q22, we have built an innovative system of photovoltaic panels integrated with the facade of the building.

We used translucent panels that not only produce electricity, but also provide shading for the building, which limits heating up in the building. These panels allow you to produce the amount of energy needed to cool the building in summer, while in winter solar farm serves as a heat source, at the same time preventing snow collection on the roof. 308 photovoltaic modules and seven inverters work for the 155-meter high facility, and the maximum installed system power is 76 kW.